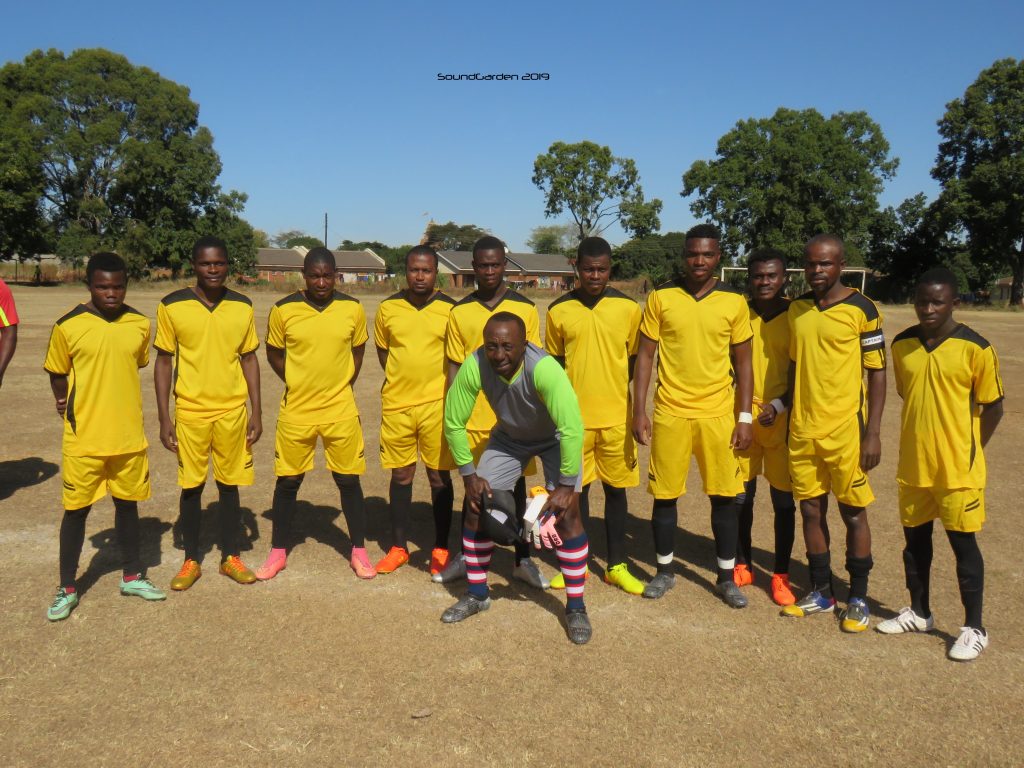 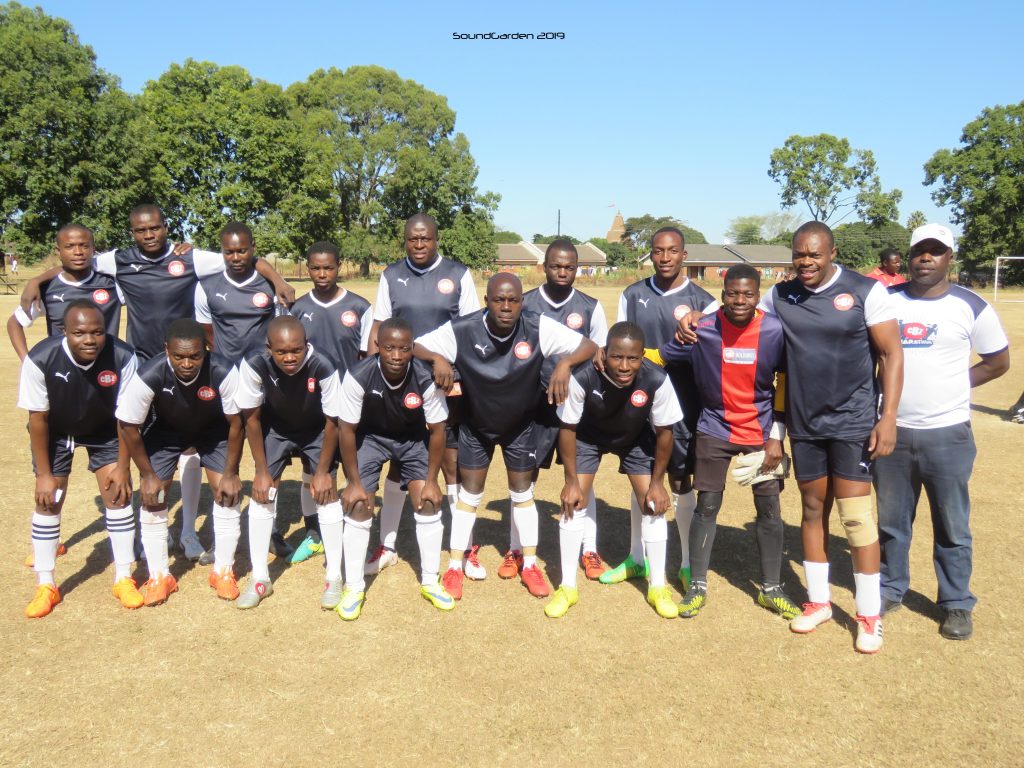 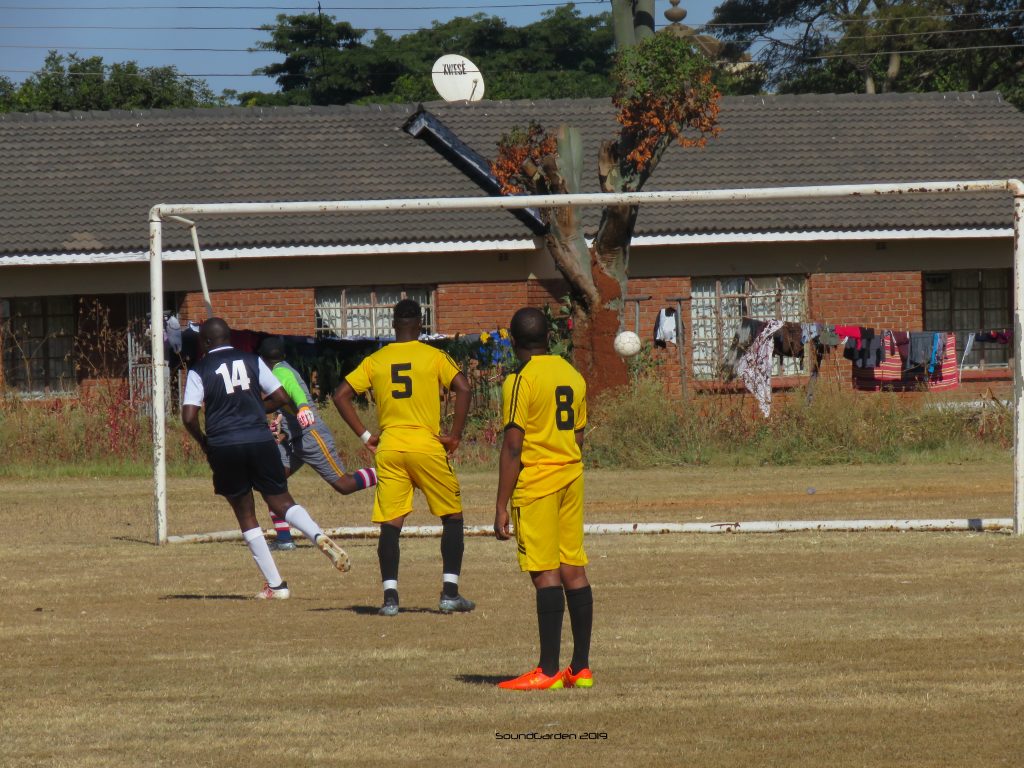 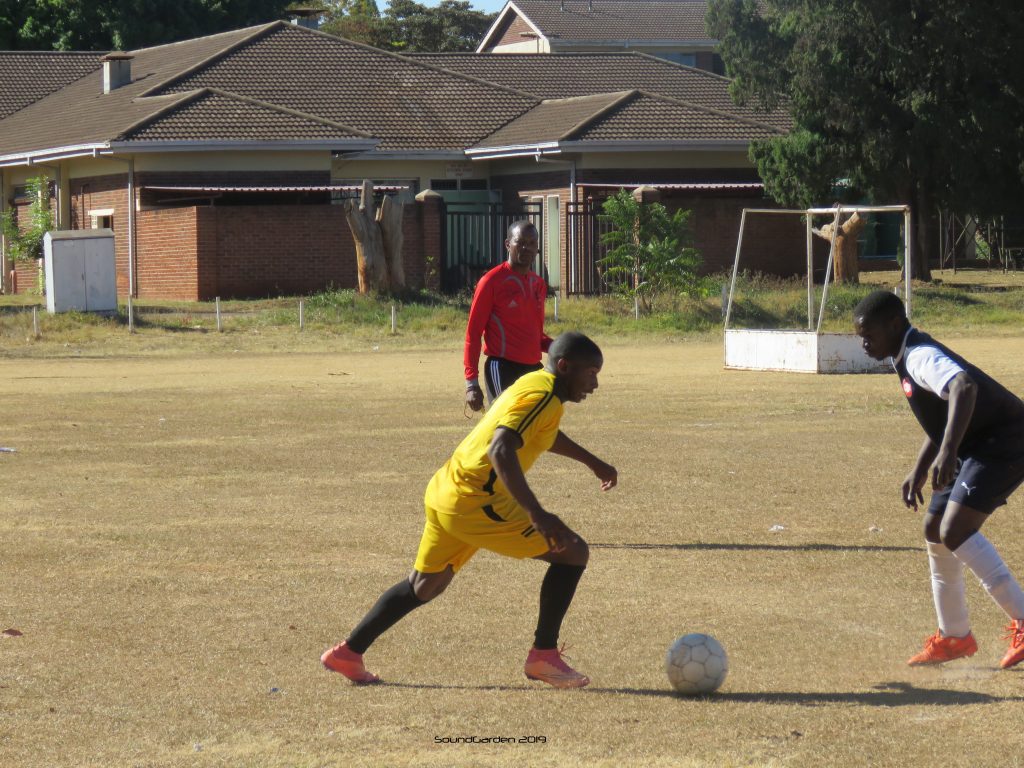 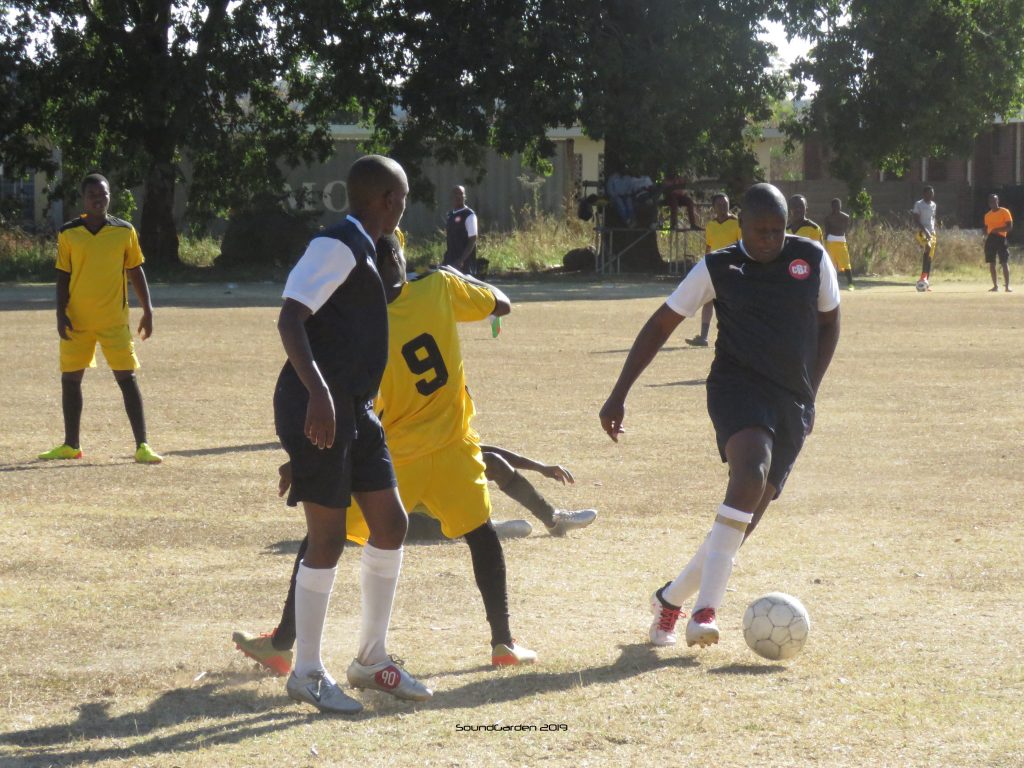 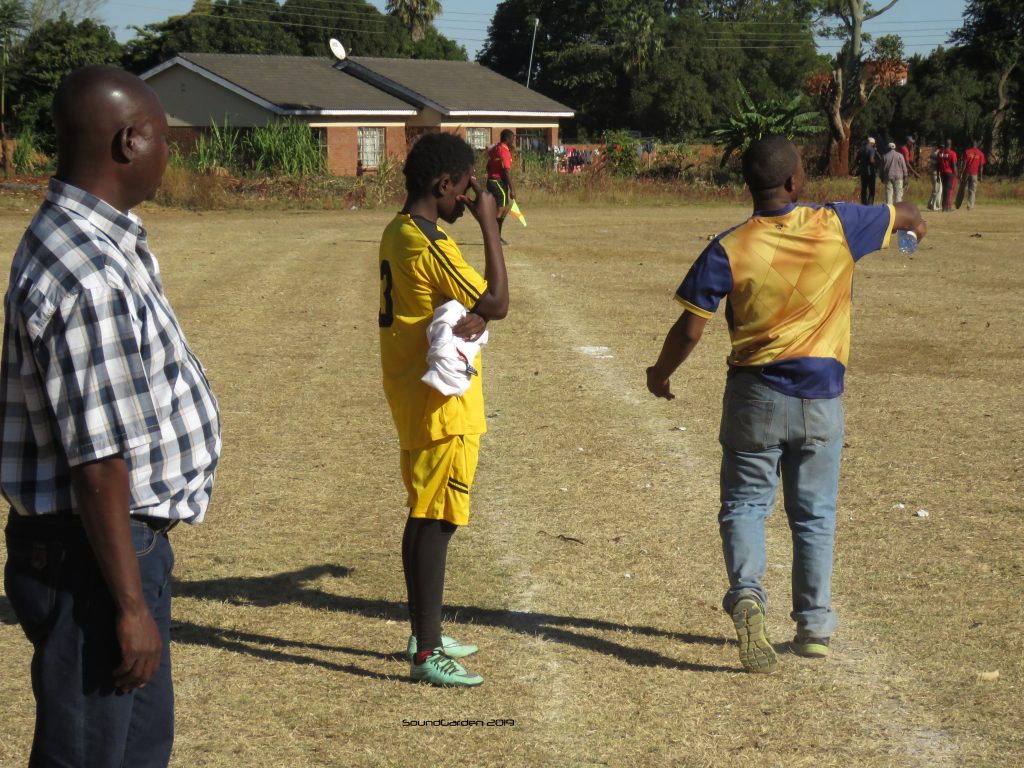 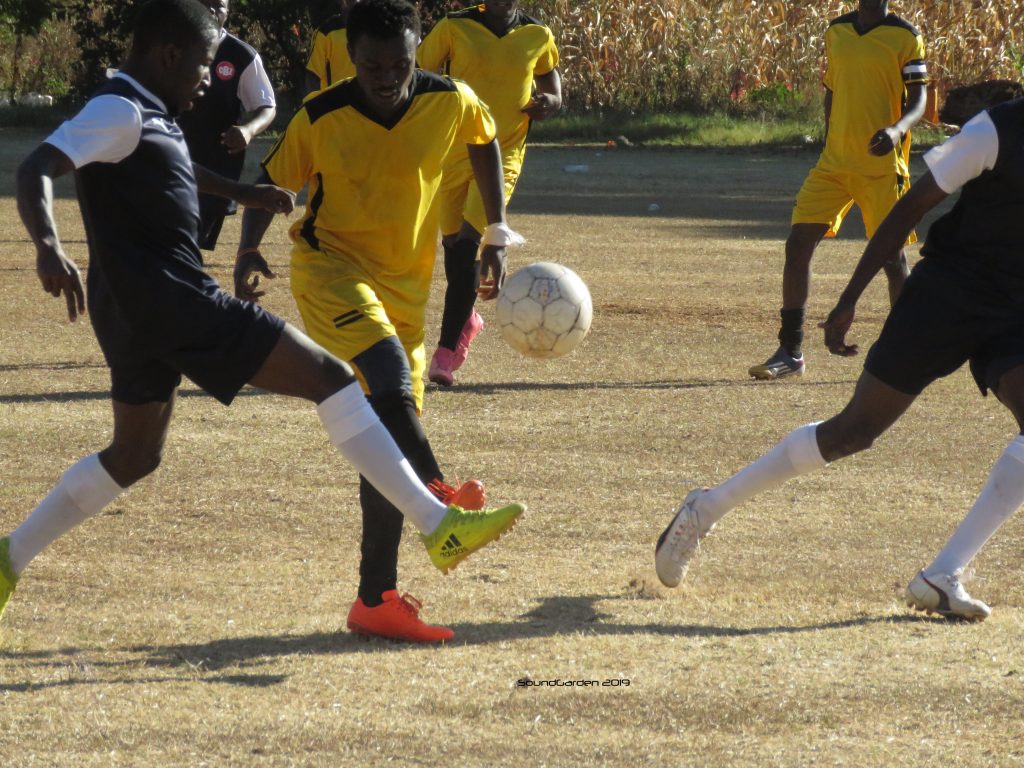 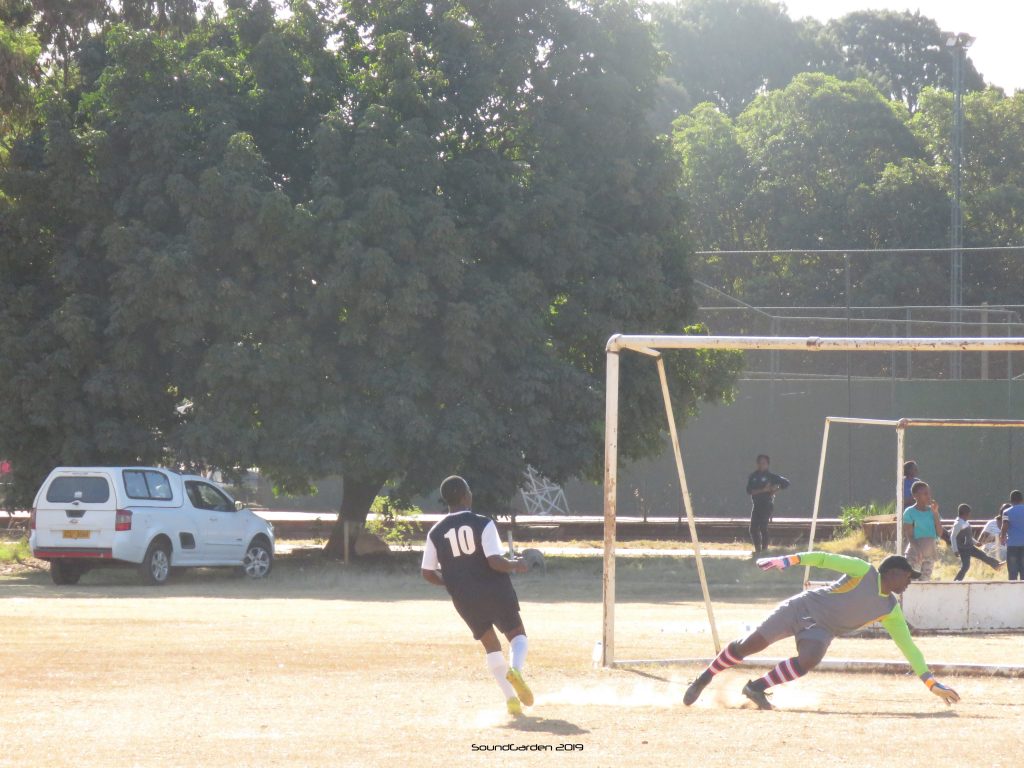 CBZ shrugged off the prospect of an abortive match to thump league debutants Zimswitch 5-1 in a Financial Services Soccer League (FSSL) match played at Belvedere Technical Teachers College’s Pitch B. The match was delayed by close to half an hour as CBZ, which fields an all-staff team, insisted on Zimswitch doing the same according to league rules. Zimswitch would have none of it and threatened to walk away. In the end however, sanity prevailed and the match commenced after some haggling.

CBZ wasted no time in asserting their authority on the match as their first offensive move resulted in a goal when Simbarashe “Banse” Gandiwa’s cross from the right flank was headed in by Pious Chitombo to give the home team a 1st minute lead. A couple of minutes later Zimswitch, who employed the 3-5-2 formation, had an opportunity to level matters but the chance went begging.  On 8 minutes, Banse was fouled in the 18-yard box to earn CBZ a penalty, which turned out not to be the last of the afternoon. Banse took responsibility and converted to double CBZ’s lead. Play swung to the other end, resulting in a free kick for Zimswitch but hardworking playmaker Takunda “Badra” Zvinavashe’s 30 metre thunderbolt was smothered by Forget Mwale in goals for CBZ. Shortly after that the Zimswitch player wearing jersey number 10 could have reduced the arrears but instead scooped the ball over the bar with only the goalkeeper to beat.

Eight minutes after the resumption, Banse dispossessed a Zimswitch defender and rifled the ball home to triple CBZ’s lead, as the referee waved away the visiting team’s claims for a hand-ball. A minute later on 54 minutes, midfielder Nigel Jongwe’s powerful long range effort was fumbled into the net by Mura, Zimswitch’s goalkeeper. As Zimswitch desperately sought to salvage the match, CBZ centre-back Norbert Mhike conceded a penalty, which was converted by Zimswitch on 64 minutes. Another error by Mhike almost resulted in CBZ conceding a second goal when he was dispossessed by the Zimswitch player wearing jersey number 11, who however fluffed the opportunity. Substitute Joseph Nembaware closed CBZ’s account on 78 minutes to complete a miserable afternoon for Zimswitch, captained by James Moleni.

Defensive linkman Takunda Zvinavashe was by far the outstanding player for Zimswitch with his industry and commanding performances in the middle of the park. Centre back Valentine “Giant” Gomba also put in a good shift for the visitors, with his calm defensive play. Despite being a high-scoring game, the match had little entertainment value. Following this win, CBZ maintained their 4th position on the FSSL league table with 18 points from 7 games; while Zimswitch, who joined the league late and have only played 5 games, remained in 10th position with 4 points.

Please get in touch on info@soundgarden.co.zw to comment on this story.